Alliuminaughty is a new sauce that Inferno Farms bills as "a savory and very spicy combo of Black Garlic and Smokin' Ed's Carolina Reaper. Roasted garlic, onions and a special blend of spices round out this delicious umami bomb."

The Ghost is marketed as a "Spanish Inspired Hot Sauce", presumably because of the unusual butter-and-powdered-chiles base. This is similar to Spain's bravas sauce, which is traditionally made like a cream sauce by dispersing broth in a simmering olive oil base containing a blend of mild and hot paprika and flour. 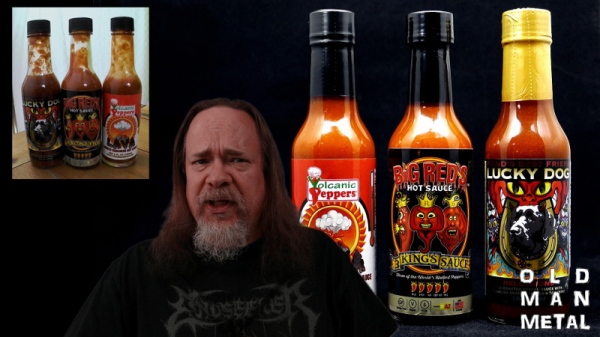 Old Man Metal combines spicy food, metal and beer on the tenth episode of his solo podcast with full ASTMO hot sauce reviews of Big Red's Three Kings, Lucky Dog's Hellhound and Volcanic Peppers' Lava sauces, including an in-depth look at some of the capsaicin-bomb chile peppers they use— the habanero, the ghost pepper, the Trinidad Scorpion and the infamous Carolina Reaper— plus a new metal video for Bite of a Parasite, from Indiana black/thrash/speedsters GraveRipper, built using heavily-GIMPed public domain images, crossfades and pan and zoom animation... all while drinking Torch Pilsner, a great craft beer lager from Foothills Brewing in Winston-Salem. 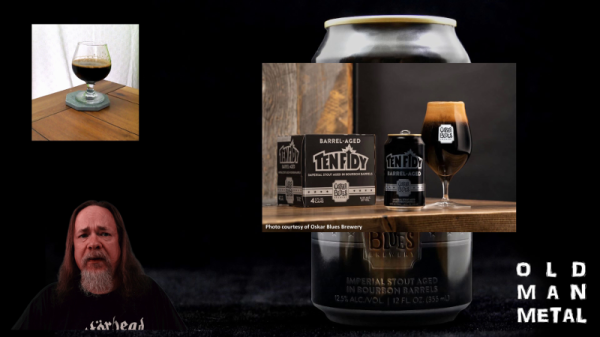 Old Man Metal tackles spicy food and great beer on the eighth episode of his solo podcast with a dive into the 2019 release of Ten FIDY barrel aged Russian imperial stout from Oskar Blues, including a discussion of the imperial stout style and bourbon barrel aging, with a look at barrel notes like oak lactones, followed by a full ASTMO hot sauce review of Advanced Tactical Weaponized Star Fruit Death Star OG from Spicy Ninja, replete with a discussion of the unholy triumvirate of capsaicin-bomb peppers it contains: the habanero, the ghost pepper and the Trinidad Scorpion.

Old Man Metal commixes spicy food, metal and beer on the seventh episode of his solo podcast with a full ASTMO hot sauce review of Burns and McCoy's Exhorresco hot sauce, including a look at the 7-pot primo chile pepper— the infernal capsaicin-gorged hybrid offspring of a 7 Pot pepper and the infamous Naga Morich— followed by a new metal video for the track Nephilim, from black metal collaborators My Grief and Ol'Cracker, built using Winamp, the MilkDrop visualizer and OBS Studio... all while drinking Hellstar Dark Lager, a great craft beer lager from Burial Beer Company in Asheville. 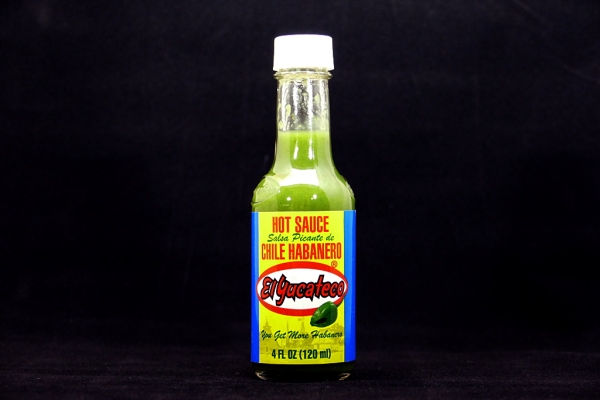 Old Man Metal takes the Paqui one chip challenge on the fourth episode of his solo podcast, unleashing a capsaicin apocalypse that has tamed the most ardent lovers of spicy food. Will he survive, or will the Carolina Reaper death chip put an end to his storied lifetime of chile pepper abuse? Tune in and find out! Featuring show beer Sun Grown Lager from Sycamore Brewing.

Volcano Dust Spicy Chili Powder is a four-chile chili powder blend, and is one of many chile-based powders manufactured by Volcanic Peppers LLC. The chiles comprise the largest portion of the blend (as is typical for chili powders); the label does not say what varietals are used, but the Volcanic Peppers website identifies them as Ancho, Jalapeno, Cayenne and Smoked Habanero. Garlic and onion are next in terms of weight in the recipe, followed by paprika, then the ubiquitous catch-all "spices." 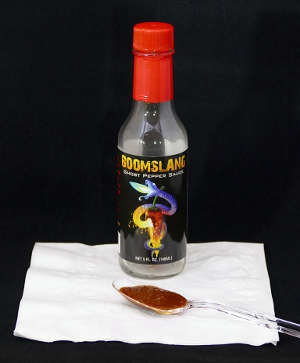 Boomslang is a three-pepper, extract-enhanced sauce from Ashley Food Company, of Mad Dog fame. Looking at the ingredient list, ghost peppers are used in the highest proportion, with bird's eye peppers and jalapeno peppers falling between garlic and onion, showing that there is more garlic in the recipe than either of these ancillary peppers, but less onion.

I don't know if this is a mashed hot sauce (where the chiles are fermented in brine prior to the sauce being made), but that's how it comes across. During the mashing process, as the yeast chew up the fermentables, flavors mellow and merge until you end up with a single monoflavor that is the sum of its parts, somewhat muted, rather than a number of big, distinctive flavors blended together like you will typically get from a fresh sauce (think Texas Pete or Frank's Red Hot, they are both stereotypical mashed Cayenne sauces). That's what I get on the nose here: a delicious monoaroma that speaks of ghost pepper smoke and the savory Malliard flavors of the roasted garlic; that, and a big vinegar tang that is, again, consistent with a mashed sauce. The palate follows the nose.